It has nearly been three months since Lisa and I finished the infamous Dragon’s Back race. We trained for a whole year for this challenge and I am sitting here, still not fully realising this thing actually happened. But it is definitely time to tell you about it!

Although we had documented our earlier (summer) training runs, when the going got tough Lisa and I did not write about our training anymore. We had a cold, wet winter where there were countless long drives from my home in Kendal to north, mid and even south Wales on Friday evening after work. With my windscreen wipers on full speed, we knew it was going to be “one of those” again. Having started a new job with much stress and responsibility on top of moving away from my favourite training partner and home in Sheffield, I found it tough to find energy for these taxing weekends.

After a terrible stint of the flu (first time flu in my life!) I remember my weekend in Snowdonia with Lisa. We decided on an ‘easy’ run since I was definitely still feverish. This obviously involved a winter ascent of Crib Coch, the most technical ridge scramble of the race, in icy conditions which warranted carrying crampons. Lisa mentally froze and bum shuffled along the ridge, whilst my body froze semi-attached to the ice cold rock in high winds. Great choice, us.

Remember storm Hannah? The one where all the flooding happened in Wales? Oh yes, we waded through that. There was a bridge that had the river flowing over the top of it, and we were holding hands for safety whilst crossing it. There were headwinds so strong it felt impossible to run, let alone look at a map. We avoided any tree en-route that day – I would not want it to blow over and fall on us. Well, you get the idea 😉

Don’t worry, we had some fun days too. A sudden spell of nice weather in February led us to eat ice-cream mid route. The Easter weekend was amazing weather, which I spend wild-camping, running the route and hitchhiking back to the car with my friend Janie. Life felt good and fun. 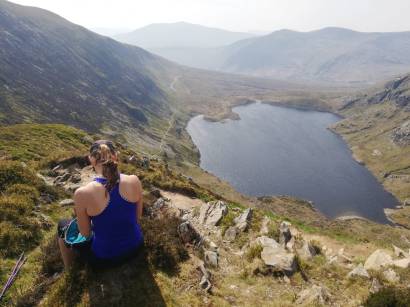 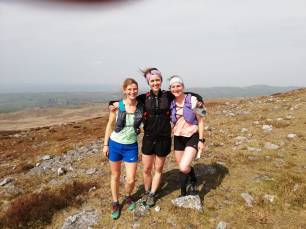 But ever since that flu in winter I had this odd feeling I had never quite recovered. I was getting worse at uphill climbs, rather than better. My fitness seemed to go down – not up. I started developing chest pains. I found it hard to focus at work. I put it all down to overtraining, I was running 60+ miles a week and had been for a while. But something did not feel right, and after seeing the GP a couple of times (“Hey, I am out of breath when running uphill” – he must have thought I was the worst patient ever) I found out I was dangerously anaemic. My body was so low on red blood cells – the ones transporting oxygen – that my brain was not functioning properly (explains the headaches and lack of focus), my heart needed to go in overdrive (chest pains) and obviously, I could not run up a hill. With these blood counts, I should have barely been able to walk at all!

My anaemia was a really simple thing to fix, really. I just needed some more iron, and I would be alright. But I felt like my world collapsed – it was only three weeks until the start of the race, and the iron tablets would take up to three months to work! It was so ungrateful towards my body to be so upset about this, especially since there was such an easy way to fix it. I just needed time to recover.

In this turmoil of doctors appointments, prescription medication and blood tests I also had the busiest week at work since I started there. I felt more insecure about being able to do this race than I had ever felt. In my last recce weekends I had really struggled to meet the recommended timings to finish within cut-offs. And that was whilst only running half-race-days during these weekends – not five full race days in a row.

I needed to make a decision: was I going to pull out and defer my entry to 2021, or was I going to give it my best shot? If I did the latter, would I have any chance of finishing? Would it be dangerous to my health? How dangerous? Would I be able to deal with the disappointment of a DNF (did not finish), and was that worse than DNS (did not start)?

In the end, I decided that I needed to be brave. I would always wonder “what if” in case I chose DNS over DNF. There was a danger to my health, but it was not worse than I had already put my body through in training. I just felt like I had to do this.

Since the moment I learned about the anaemia, I took an early taper which consisted of three weeks of sleeping, reading books, eating healthy food and attempting to avoid stress. Lisa and I arrived in Wales two days before the race and anxiously stared at the big hills we would run over on Monday. We studied the BBC and MWIS weather forecasts every couple of hours to see if anything had changed.

Finally, our 7am start from Conwy castle was a reality. About 30% of the people who DNF, get timed out on the first day. This day has 3800 meters of ascent over Snowdonia’s rough and beautiful mountains. I was nervous about making the cut-off timings and pushed my pace. I quickly realised I gained time throughout the day, and finished in a comfortable time of 12:56, while 16 hours was allowed for that day. 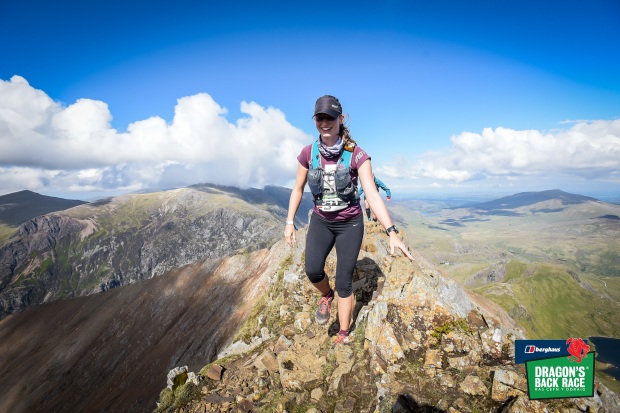 I was very happy to finish with 3 hours to spare, but knew this was only the start. The second day takes you over the Rhinogydd, a less visited and relatively wild mountain range. It has a descent which is my worst enemy: late in the day, very steep, long, and over a scree slope consisting of large, loose rocks. But just before the mid-way point my awesome friends Libby and Hetty had come out to see me en-route and gave me a Dragon-themed hug. Also, friend Matt caught up with me and we stayed together until the end of that day. Chatting away the miles made them less painful and we even took the liberty to stop at the pub three miles before the finish to have a well-earned drink.

Dragon-themed support from Libby and Hetty along the route

With two successful days in the bag, I still did not feel comfortable. Day three is the longest of them all, and required more than 3000m of climbing. It was also the day I recce’d on Easter weekend, failing to hit the cut off timings in my training run. This time, I had two long race days in my legs already and my sleep started to suffer too. The recovery of my legs at night always really hurt when I do ultra-distances. The waves of pain keep me awake and make me dread going to bed.

So I set off as early as possible (6am) to give me the full 17-hours to finish the day. It was long. It was painful. I fell apart when I saw Libby again in Machynlleth, a town two-thirds of the way into that day. I knew I still had such a long way to go, and it was weird seeing people going about their daily lives while feeling absolute exhaustion. In the last one-third of that day I found my Sheffield friend Natalia and we encouraged each other to keep running until the end. I was so happy: 90% of the people who finish the third day would go on to finish the race. 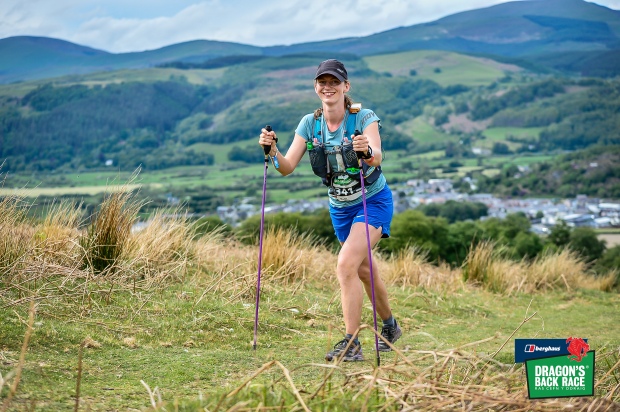 Climb out of Machynlleth

On day four I started with more confidence. I had recce’d this day in storm Hannah, it could not get any worse, right? Whilst passing all the paths where we had previously sang songs out loud to keep our spirits up, I revelled in the memories. I flew down the 10k gravel track running freely. Until that annoying niggle started. And the niggle grew to pain, which grew to a limp, which then grew to barely walking. The support point had a physio on call who fixed me up with some tape. I was sceptical about its effects, but it could not hurt much worse anyhow! Natalia and Matt had both caught up with me at that point and we set off together. Having them around distracted me from the agony in my leg and the miles disappeared, together in the end with my pain.

The support of Natalia and Matt on day 4 made me realise how much we can help each other. On the last day, we decided to set off together and finish together. Company while running is a great thing. We talk about things otherwise left undiscussed, we lift each others mood when the other is down. We remind each other to eat, find the route together and push each other up yet another never-ending hill. There were some fun moments – especially running with Lisa for a little while whilst she was flying off to win the race. There were hard times, where I just lost it when a couple of walkers refused to move over when trying to get to our checkpoint. We shared our favourite running snacks around and dreamed up the future past-race. We eventually made it to the finish line, a little sad that the journey was over but ever so grateful to not set another step. 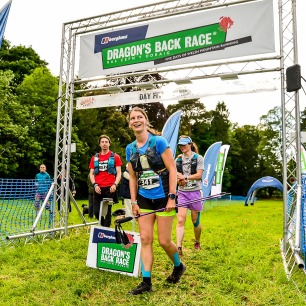